The difference between modular UPS and conventional UPS

At night, when you drive home in a car equipped with a KIA auto speed sensor, you will first turn on the corner mounting lights, and then wash your hands in the cera one piece wash basin. Sometimes you may use delonghi ec860 portafilter to make a cup of coffee, or sit directly on the modular sofa for a rest. When you are about to put food in the lunch bag womens, the power went out suddenly. At this point, if you have a modular UPS, any equipment that are running will not breakdown. 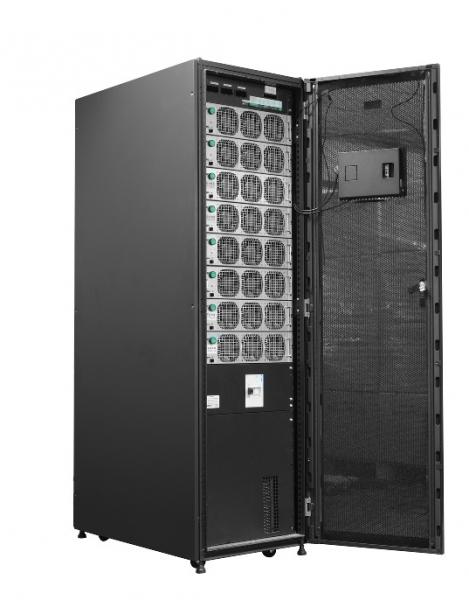 What is a modular UPS?

A modular UPS consists of multiple individual power modules, all connected in parallel to provide the required power and redundancy. This ensures that the UPS system is not too large when initially installed, thereby minimizing energy waste. The modular principle means that the data center can be easily expanded when needed, just by adding additional modules.

The difference between modular UPS and conventional UPS

Modular UPS is different from conventional UPS in terms of external structure. It can install all modules in a standard cabinet, so it not only saves floor space, and is easy to install, use and maintain. From the perspective of design principles, modular UPS itself is an intact UPS, including rectifier, static bypass switch and auxiliary control circuit, etc.

In conventional UPS products, there has always been a problem that a single UPS is prone to single point of failure. The only security measure for users is to adopt the old security precaution pattern of "1+1" or "N+1". This measure not only causes large economic waste, but the fault tolerance rate is only once. After a conventional UPS fails, it takes a long and difficult time to repair.

All power modules in the modular UPS system array bear the system load equally, and each parallel module is an intelligent independent unit with built-in redundancy, without the need for a system controller to centrally control the parallel series. After any module fails (including the system control module), its redundancy design will give full play to its effectiveness, fully guarantee the normal operation of the equipment, and achieve the greatest degree of failure redundancy. At the same time, users can also choose redundancy with more than one fault tolerance rate according to their needs. . The availability of N+X modular array machine is higher than that of 1+1 single machine parallel machine, and the repair time is shorter after failure.

Therefore, the modular and hot-swappable design of the UPS structure is one of the important new technical signs of UPS system availability and maintainability.

The modular UPS creates conditions for the construction of the power supply system to be synchronized with the increase of IT equipment racks, so that the power capacity of the power supply system equipment is always maintained in an appropriate ratio with the actual load of the shipped IT equipment, especially when the system scheme occurs. The design needs to be modified, and even when the project fails to start or the site needs to be relocated, it can be economically and flexibly changed or exited.

When the conventional UPS system that has been in operation is modified for capacity expansion, it is difficult to guarantee that there is no need to shut down for a short time, or the modification operation during system operation can easily induce unexpected system failures and downtime.

For the UPS redundant system, there are two basic structures in the bypass setting: one is that each single machine or unit has a bypass, and another is that the system is uniformly set up with a large bypass. In a redundant system composed of a conventional single UPS, the single unit is relatively large, but the static switch is configured according to the capacity of the single unit, and the location is close to the power board. Once a failure (such as IGBT burnout) occurs, the operation of the static switch may be affected.

Furthermore, the separation of bypasses makes the bypass control complicated, the number of boards increases, and the reliability decreases. Therefore, the reliability of the redundant system composed of a single unit with bypass is reduced. This is also one of the reasons why the number of conventional parallel machines should not be too large.

Modular UPS, its static switching capacity is configured according to the overall machine capacity, and its structure is separated from the power working part, and its action control is also independent, avoiding the risk of separate switching of the conventional parallel system, and perfectly interprets the "division" Parallel redundancy design concept of “combination of systems without interfering with each other”. The "close before open" action mode adopted makes the system switchover achieve zero conversion in the true sense.

Conventional UPS is large in size and low in efficiency. It is generally installed separately from electrical equipment, especially servers and other information equipment. The distance is long and it is easy to cause the electrical equipment to have a large zero-ground potential difference, which affects the normal operation of the equipment.

Because modular UPS adopts high-frequency technology, the whole machine is small in size and high in operating efficiency, and it can be installed directly near the equipment, thereby avoiding this problem.

The difference between modular UPS and conventional UPS power supply has considerable advantages, mainly in the following three aspects:

The advantages of modular UPS

Modular UPS adopts a modular structure, which can be easily installed and expanded, only by adding modules. In the initial stage of the construction of the power supply system of the information computer room, the capacity demand of the UPS will be estimated incorrectly, too low or too high. Modular UPS can effectively solve this problem through the expandable module structure.

In modular UPS, the power module part is parallel redundant, that is, the power part is connected by many modules in parallel, they are not divided into master and slave, independent of each other, and share the load equally. Each module is equipped with input and output insurance and input and output relays. Even if one module fails, it can exit the entire system by itself without affecting the operation of the entire system.

In the case of a conventional UPS failure, professional and technical personnel are required to go to the site for maintenance. If a modular UPS is adopted, because all modules are hot-swappable, no professional technicians are required. As long as there are spare modules, users can also maintain them by themselves. If there is a fault, you can unplug the faulty module and replace it with a spare module. The whole process only takes a few minutes.

The rack-mounted modular UPS inherits the achievements of the conventional UPS technology development in terms of power device technology and manufacturing process, but in terms of system architecture, Based on the parallel connection of multiple modules, it not only realizes the hot swapping of system modules, but also better handles the relationship of independent operation, mutual cooperation and smooth conversion of system modules.